“Remains in Development” exhibition in Antwerp

How does the urban landscape influence our lives and social environments? Do brochure images and computer renders of construction projects depict reality? These are some of the questions Felicity Hammond examines in her art installation Remains in Development, which has been on display at the Kunsthal Extra City in Antwerp since 25 January 2020. 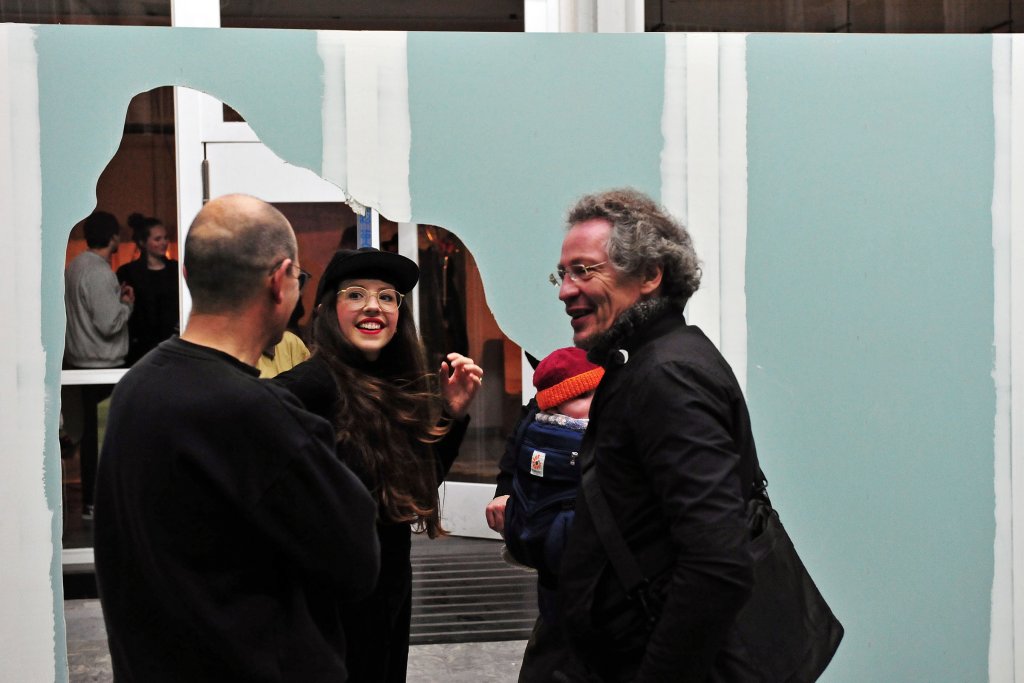 The British artist has used both existing and new elements of her work to create three sections within her first exhibition in Belgium. One contains large photo collages, another is dedicated to sculptures and the third uses chroma key effects to build the world Hammond wants us to see. Together, they make the audience think about how gentrification affects our lives and landscape: Often, positive words and images are used to hide the profit orientated reasoning behind construction projects. 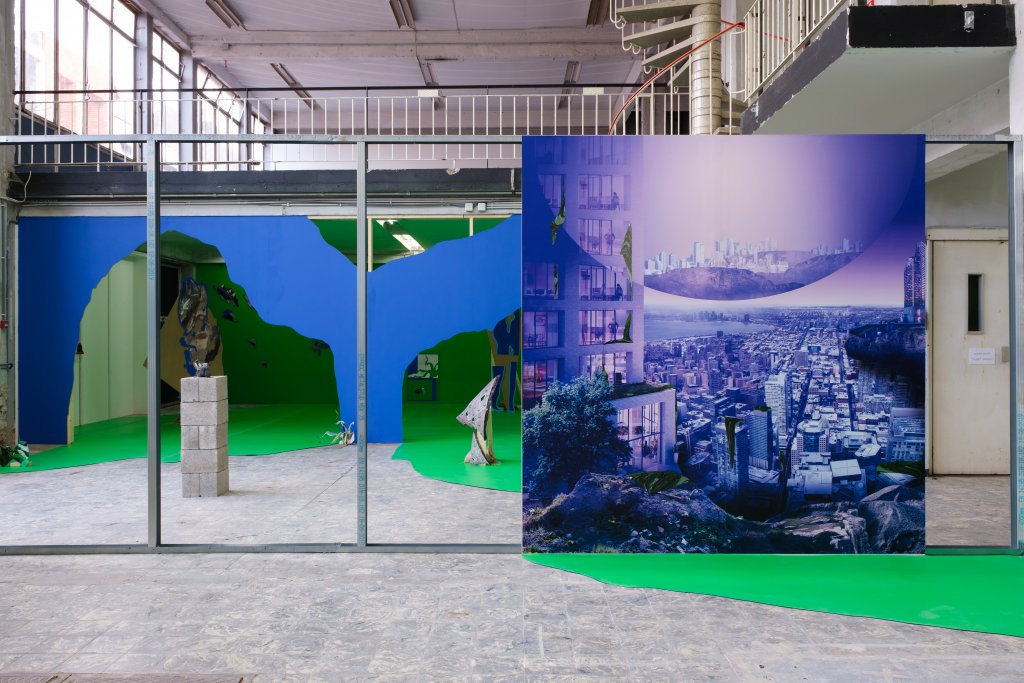 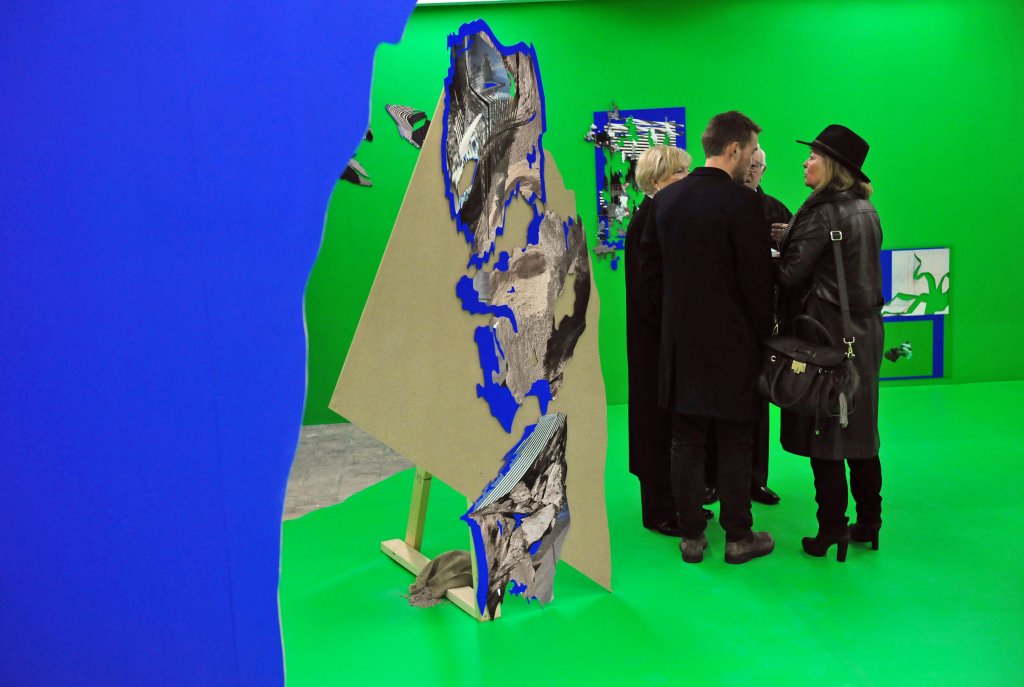 “Chroma key is a technique from the film world, whereby a subject is first filmed against a green or blue backdrop, which can subsequently be digitally replaced. By referencing the artificial mise en scène afforded by this technology, Hammond insinuates that urban regeneration is similarly an artificial process that can be shaped in any number of ways.”, explains the curator Eline Verstegen within the exhibition booklet. 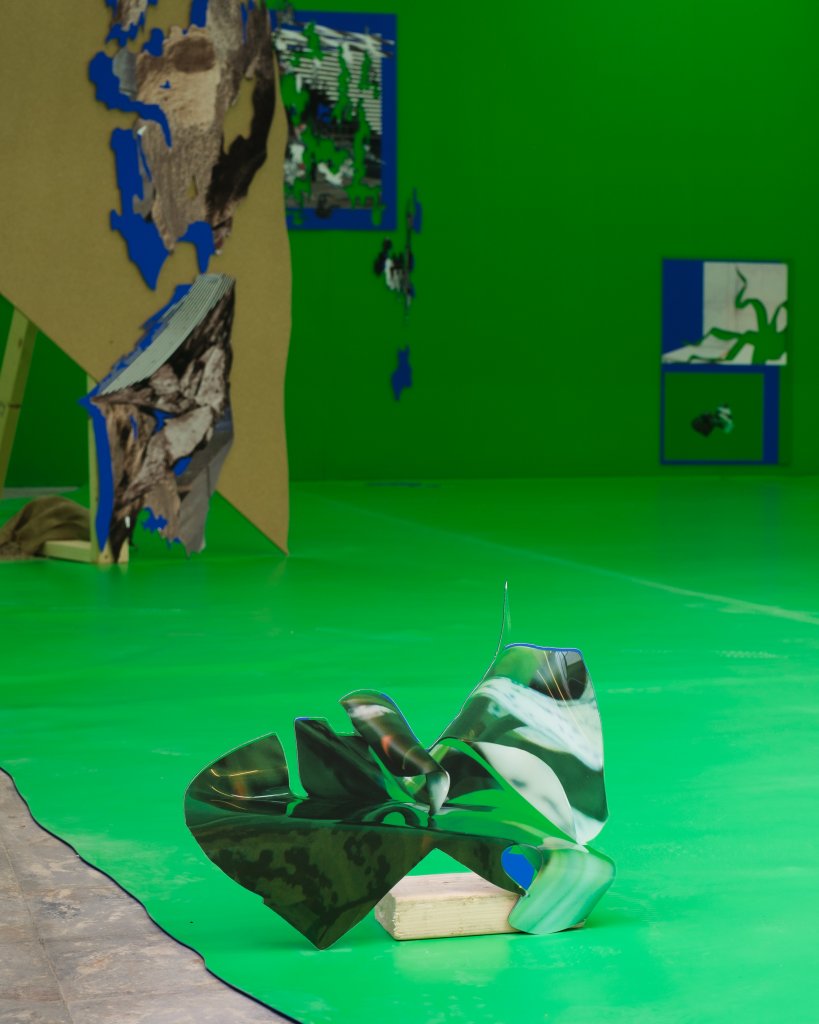 Remains in Development is a co-production with the C/O Berlin Foundation and it is planned to be exhibited in Germany later this year. 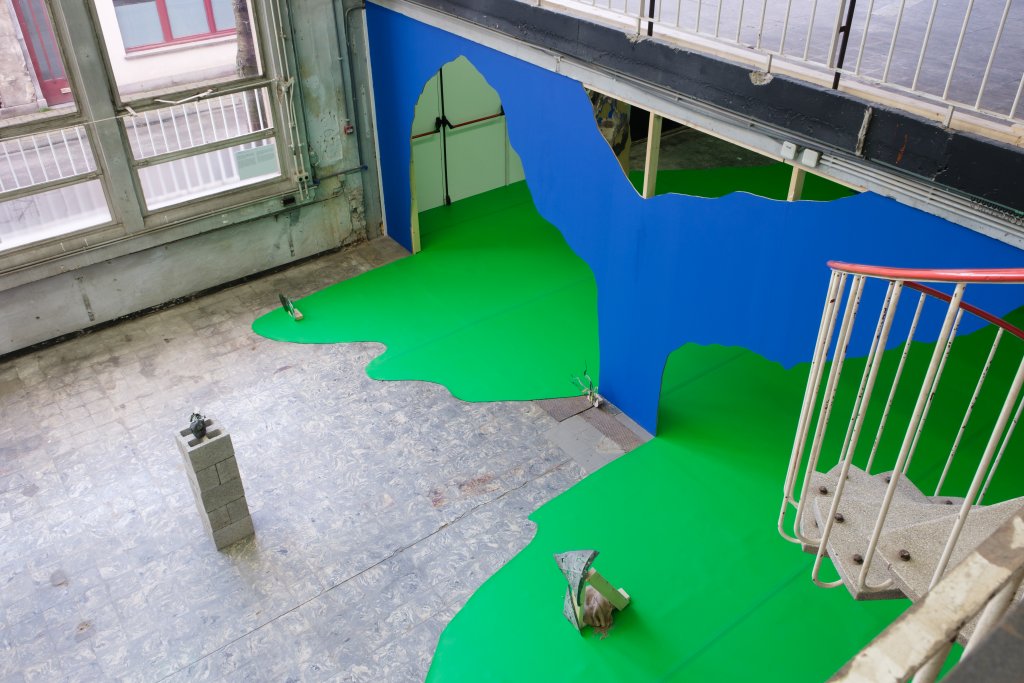 A world of construction and digital adjustments to reality. Image: © Tomas Uytendaelle