Merce Cunningham is revered as one of the most influential choreographers of the 20th century. During his 70 year long career he created more than 150 choreographies and turned his life into a rags to riches story.

In mid 20th century New York, Cunningham had to win recognition on his own, without receiving any endorsements from the press, dance foundations or even the audience. The resilient and innovate dancer never gave up and although he did not achieve world fame through his dancing, he did eventually find international recognition as choreographer, teacher and leader of the Merce Cunningham Dance Company which he founded in 1953.

A new 3D documentary simply named “Cunningham” retells the American choreographer’s life. It was directed by Alla Kovgan, a member of the interdisciplinary artist collective KINODANCE with 15 years’ experience in combining dance and cinema. Kovgan chose the 3D filming method partly because it was so fitting for Cunningham, who never stopped developing new and innovative ideas. During his lifetime he collaborated with countless musicians and artists such as John Cage, Andy Warhol and Robert Rauschenberg and he was never afraid to introduce new technologies into his dances. 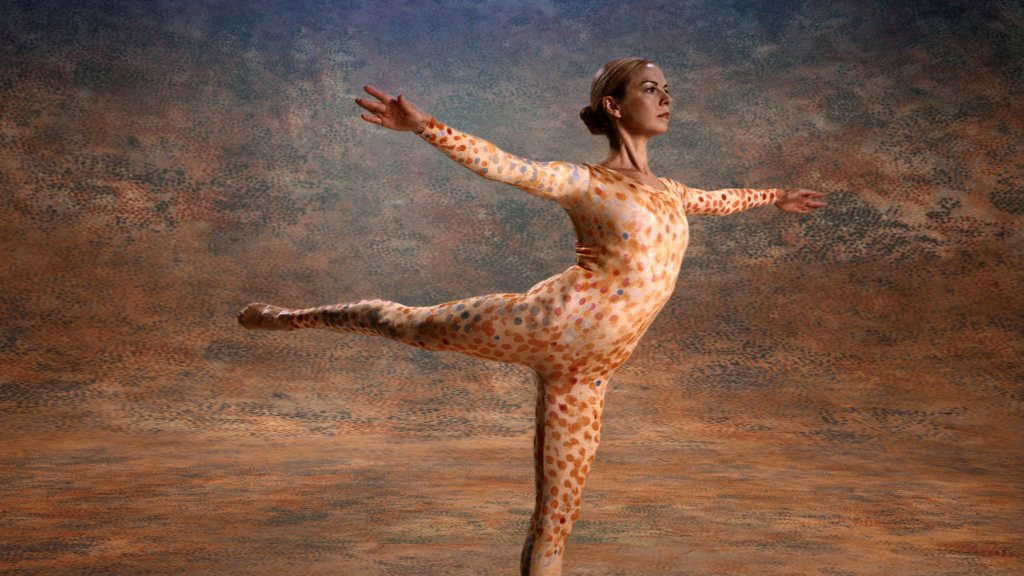 “I began to do this thing I do of giving myself a class every day, and trying to experiment and push further. I don’t mean to say I knew everything, because I didn’t, but I would do what I knew and then push beyond that and see what else I could find.” – Merce Cunningham

The film picks up some of the most spectacular choreographies and re-stages them with the help of the Merce Cunningham Dance Company’s last generation of dancers. The international project was realised in the US, France and Germany, where independent film production company Achtung Panda! reached out to Harlequin Floors and sourced the following dance vinyls:

The choreography of “Second Hand” was shot on black Harlequin Hi-Shine. © Martin Miseré

At the Toronto International Film Festival, where “Cunningham” had its world premiere last September, the film was very well received. The cinema release in both 3D and 2D is planned for later this year.